"It was on a satisfying early Autumn day, fifty years ago, that I dismounted from a green Pennine bus that had dawdled its way from clough to dale to set me down by the War Memorial in West Bretton, a village that rubs a friendly shoulder with the countryside around Holmfirth." 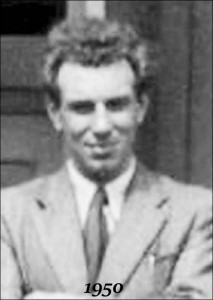 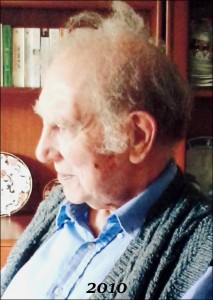 A teenager during the Second World War, Fred Sumner was conscripted for National Service in 1946, and served in the Royal Signals, stationed in Edinburgh.  Subsequently, he was one of the students in the group of fifty-six who were the first batch to be admitted to Bretton Hall on 25th September, 1949.

In 1999,  some of the  ‘49ers’  organised a reunion at Bretton, and invited Lady Clegg to join the group.  By this time, many of the original fifty-six students had died, and only 23 alumni were able to attend.

Fred had vivid recollections of his experiences as a student, and – in anticipation of the 50th anniversary reunion – he produced a booklet, describing the early days at Bretton Hall, and issued a copy to each attendee.

Fred’s attached so-called ‘Reminiscence’ is a selection of the writings in his 1999 reunion booklet, which is a poignant and evocative reminder of the days of the first group of students and tutors at Bretton Hall from 1949 to 1951.

To read Fred Sumner's recollections, click on the link below