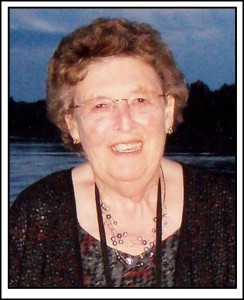 Dorothy Cropper was one of the 56 students admitted to Bretton Hall on 25th September, 1949.   At that time the only two courses available for main study were Music and Art.  Dorothy's main study was Music.  She subsequently married Selwyn Morris, one of her fellow foundation students.

When the College first opened, the full-time tutorial staff consisted of the Principal and six lecturers, two of whom were for Music.

In 1999, after the passing of 50 years since their admission to Bretton, the surviving alumni attended a reunion at the College.   In 2007, Dorothy also attended a reunion shortly before Bretton Hall closed as an educational institution.  Her name is recorded in the Visitors’ Book.

In September, 2015,  Dorothy Morris announced that there were only nine survivors of the original 56. 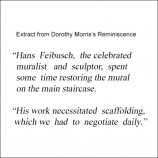