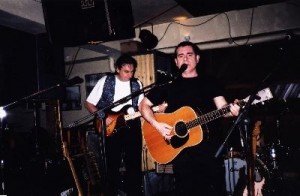 Jim GordonI was a student from 1971 until 1974 and was at the reunion in May where I met Liam Arthurs amongst others.
I was involved in the Holyground Concert( Fringe festival)  which is just now being released on CD and DVD...most likely you already know about that?? Liam was involved also. I was half of the duo Blue Epitaph whose Album "ODE" was recorded in 1972 whilst we were students and was mainly sold to students....was financed by a loan ( paid in full ) from the students Union. Today a mint copy worthy something like 500 pounds.
For more details contact Mike Levon at Holyground records at   (Mike Levon died in 2011, but the company remains)
http://www.holyground.co.uk/

The cd and Dvd are beiong released sometime this month and as you probaly know Holyground records had its origins at Bretton Hall in the mid sixites when Mike was a student. 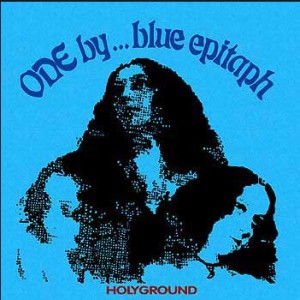 I now live in Bergen in Norway and am a psychodramatist as well as being a singer/songwriter.
my music web site is
www.Jim-Gordon.comFrom Limavady in Northern Ireland, Jim moved to England in 1971 and joined "“Blue Epitaph”, producing ”Ode by Blue Epitaph” on Holyground Records .
In 1978 ”Magus” was formed with Pete Howells. “Magus” toured extensively, appearing on BBC radio and television, at Covent Garden and was in concert with Ian Gillan (Deep Purple) and Julie Felix. Pete and Jim also founded “Household Names” in London in 1980.
He moved to Norway in 1982.
Jim’s s first solo CD “Dreaming Again”, produced by Doug Morter, was released in 2000. After this he toured extensively with Doug as a duo.
Jan 2004 "The Jim Gordon Band" was formed with Ole Amund Gjersvik , Helge Nyheim and Arild Seim from Bergen in Norway.
The new cd "Scenic Tours In The Darkness" was released on Acoustic Records