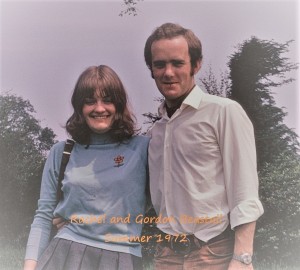 I was 25 years old when I started at Bretton Hall, but prior to this I lived in Matlock and worked as a Tax Officer for HMRC, as Manager of a Delicatessen and then as a representative for Tetley Tea, selling teabags from the back of a van. During my late teens I belonged to two Amateur Drama groups and an Operatic Society. On joining the Drama course, under John Hodgson, I realised that I was the oldest person and most of the others were straight from school at 18 years of age. I loved my three years there and experienced the company of a generous bunch. I was married in my second year to Rachel, who was in her third year of a Music course at Bretton Hall. We rented a house in West Bretton for 2 years, eventually moving to Withernsea, (a coastal town in East Yorkshire about 20 miles east of Hull) where I got my first teaching post at the High School. I remained there for 30 years and eventually became Head of the Arts Faculty.

In 1985 I was seconded to ‘The Arts in Schools project for a year, working alongside Ken Robinson, another ex-Bretton student. I left Withernsea High in 2005 and started my own company providing drama and music workshops in local Primary Schools as ’barnstormersdrama’ I also worked with a company called ‘Young Enterprise’ which provided workshops in schools and in large venues where I facilitated day-long events for up to 200 pupils. I am currently working for York St John University, mentoring students on Primary teaching courses as they go on teaching practice. I love this work. l am still singing folksongs with my wife for various local organisation, playing in a folk-band called ‘Morning Dew’ and singing with three other 70+ lads as ‘Quarto’. 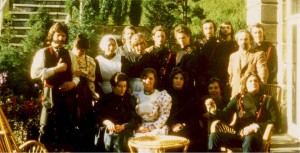 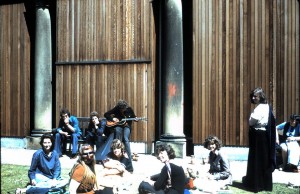 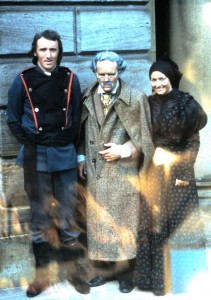 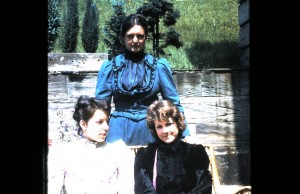 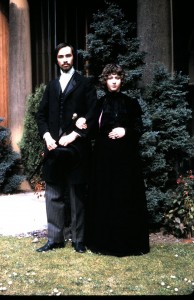 Final year (1974) production of 'Three Sisters' at Bretton Hall. What do these photos bring to mind? I seemed to play a lot of older characters in my time at BH..e.g. a Professor in Year 1 and Ferapont in Year 3. I was 25 when I joined the drama course and the rest of the group were much younger than me with the majority being just 18!