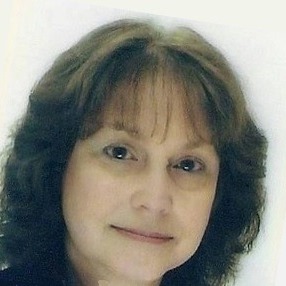 I can never remember a time when I didn’t want to be a teacher, it had been my greatest wish since Primary School. However, it wouldn’t be that easy, as life’s hurdles got in the way. At 11 years old I sat my Eleven Plus … and failed. This sent me to Secondary School.

The opportunities after Secondary School education in my hometown of Loughborough, depended on whether you were a boy or a girl. For example, the boys’ Secondary Modern taught Chemistry and other Sciences and the school offered GCEs and guidance about careers. By contrast, Science for girls in my school had two areas; Domestic Science, which consisted of cooking, scrubbing floors and laundry, and the other area was Biology where we learned about having babies. We learned to sew, and no-one believed in us. A teacher asked me what I wanted to do when I left school and I said that I wanted to study Classical Music and become a teacher. I was told, “You can’t do that, it’s not for you, who do you think you are?” We left at 15 years old to work in a factory until we were married and gave up work to run a house.

I left school at 15 years old and went to work in an office and they sent me to Day Release at the local college to learn to type. This was only until I wanted to start a family at which point I had to give up my position because maternity leave didn’t exist.

As a mother, I taught my children to read, write and count before they went to school and once they were in school I followed them. I went to night school and did English Language GCE gaining an A and I listened to children read in a voluntary capacity in school for about 20 years or more. At 40 years old I took an opportunity to go back to college and gain the qualifications I needed to become a teacher. After two years in Huddersfield colleges studying music and maths I went to the University of Huddersfield for another three years to do a music degree.
I applied to Bretton Hall for a PGCE and that was the beginning of a truly amazing year, which above all just threw you in the deep end.

Extract from a letter:
[Dear Mrs Bell,
We look forward to seeing you for your induction day at Bretton Hall College. All we are telling you is that  you will meet in the gym and you will have to take your shoes off. …]

Day one - In the Gym
We were put into groups of three; one from the Music course, one from the Science and Environment course and one from the Early Years course. We were told that at three o’clock, one of each group would be a model and would proceed from one end of the gym to the other, dressed in clothes we had made from the myriad of materials such as brown paper, glitter, glue, cotton wool, feathers etc. This was to be accompanied by music, written and taught by the musician and played by the two other members of the team on a selection of tins, pots and sticks. This should have prepared me for what was going to be a very interesting year.

Day two - In the Lecture Theatre.
A very interesting lecture given by the leading tutors about how children learn, and managing difficult behaviour. More of these lectures were attended, Special Needs was particularly useful. We were told about how the course would proceed in terms of Teaching Practice, time in college and using the Library and resources in college, after which we were sent in groups to with our tutors to their rooms. Tutor: “Well the first thing you need to do is to write a Scheme of Work covering fiveweeks.” We all looked aghast! “What is a Scheme of Work?”, he said, “Oh haven’t you seen one?” He showed us an example and left us to it.
We did lots of research in the Library for the essays we were asked to write, and we did write our Schemes of Work successfully. It was just expected that we could do it. We had some very interesting Tutors, who continued to teach us in this ‘you can do
it’ way.

It’s funny how you remember certain things, I especially remember that the English tutor told us that the best place to buy books was Waterstones.  One day we were taken outside with the PE tutor for him to show us how to deal with groups of children outside.

Instructions:
Always start the children in a circle so that you can see them all. Give them instructions that when you blow your whistle they will return to the circle. We did an interesting game of apples, pears, bananas and oranges (name of fruit can vary), which turned out to be a really useful game to play, by way of a carrot, at the end of PE lessons in school. This particularly useful when doing one-off supply days. We were taught activities to warm up the children ready for activity and how to relax them in the gym before they left. This last skill actually got me a job for a term covering a permanent member of staff. They said that it was wonderful, and they had never seen anything like it. Obviously, they had never employed a Bretton-trained teacher! Once I had qualified, the Local Authority tended to use me as a trouble-shooter for classes where the teacher had gone sick after a very traumatic Autumn Term. I found this circle idea really useful in the classroom to re-train the children how to relate to learning and each other.

We did lots of Teaching Practice around Kirklees, which was littered with Ofsted Inspections. My final Teaching Practice school was having an Ofsted at the same time as Bretton Hall, so I had a kind of double inspection during this final practice. We were sent into Wakefield to learn how to do Design Technology. We learned all about strengthening structures with triangulation, used lots of glue guns and also learned how to power our models using elastic bands.  We really had been through a hard time during the year and we hoped that when we returned to college for the last day, we would be given an easy ride and would have a chance to relax. What were we thinking?

Extract from a letter:
[Dear Mrs Bell,
We would like to invite you to Frog Day.]

On Frog Day we were treated to a comedy act between two of our most beloved tutors. They strived to convince us that the Frog is King, using some literature that they had come across. We should have known where this was going, how could we be so naïve?

We were taken into a room equipped with DT materials and told we had to make a suitably decorated, self-propelled vehicle to transport the Royal Frog from one end of Kennel Block (the bar) to the other, which was rather a long way. We were told to
choose a suitable piece of music to accompany this journey and also to write a poem and make it into a book about the frog.

In our groups of three we poured our hearts into decorating our vehicle until it was beautiful enough for the frogs (toy ones) and were pleased with what we had achieved, until someone mentioned that we hadn’t written the book. My group said I
would have to do it, so we brainstormed (a term we are not longer permitted to use in education) and I put the poem together and also made the book.

Finally at the end of the day in Kennel Block we relaxed with glasses of wine and laughed at the way that Bretton had continually thrown us into the deep end.  Of course the benefit of training such as this is that you can go into a classroom with no planning and totally unprepared, with children you have never met and still do a good job.

I think myself very fortunate that I had the opportunity to train at Bretton Hall. It’s always obvious when you meet someone in a school who was also Bretton-trained.