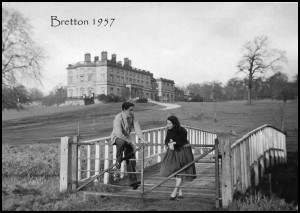 Shelagh Allan entered Bretton Hall in 1956.  Her main study was Art, with decorative needlework and Drama as subsidiary subjects.  Her recollection is that the Principal - John Frederick Friend - lectured on the Psychology of Education;  the Theory of Education was presented by Charles Good, and English by Paul Haeffner, Ralph Best, Margaret Jowett, and others.  Movement was led by vice-principal, Margaret Dunn.

Bob Johnson joined the college in 1957 after two years' National Service in Cyprus. His main study was Drama with Martial Rose, who is described by Shelagh as "a brilliant and charismatic tutor".

After leaving Bretton, Shelagh and Bob were married.

Scene from one of the Wakefield Mystery Plays

Scene from one of the Wakefield Mystery Plays. 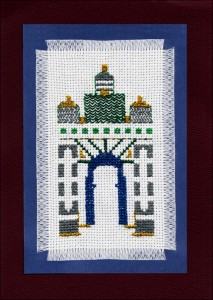 Embroidery by Shelagh Johnson in 2016