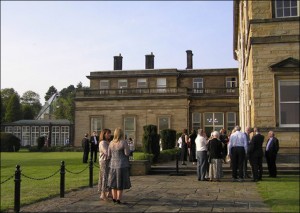 Due to the intended closure of Bretton Hall as an educational institution at the end of the summer term of 2007, an event was organised for alumni and former staff of the College from 1949 to 2007.  The aim was to celebrate the College’s contribution to the Arts, and the establishment’s record of academic achievement throughout its fifty-eight years.   A group of students who were studying at Bretton  in 2006 formed a team to organise events for a weekend in early May of the following year.  The description that follows is an extract from Anna Lavery – the team leader :

“The weekend exceeded expectations with over 3,000 visitors attending, including former students and staff who travelled from as far away as California and Canada.  Each day there was a ‘buzz’ on site, which managed to capture the ethos of Bretton.  The gala dinners in the evenings, especially the ‘Bretton Brit and Bafta’ night for all the students, helped people celebrate their time on campus with friends including present and past tutors. These events all took place in the massive marquee structure set in the middle of the campus grounds, which became a unique and memorable venue for this very special weekend.” 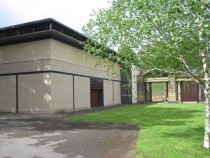 On 28th June, 2007, in a Leeds University Press Release it was stated that:

"The highlight for many was the Sir Alec Clegg Memorial Lecture, given by the ex Principal Dr Alyn Davies.  The lecture, named after the founder of Bretton Hall College and Chief Education Officer for the West Riding, was sold out months in advance.  Dr Davies used the occasion to outline Sir Alec Clegg’s vision which he related to his shared views of education.  The success of this lecture was especially fitting as Sir Alec Clegg’s widow and children attended the event.  His name will be remembered in Leeds through the new studio theatre which is to be named after him in recognition of his work." 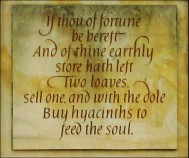