Report of Reunion held on 11th May

At the Reunion held 11th May 2013, a representative of Rushbond P.L.C. came along and made a presentation to the Alumni about the developer's vision for Bretton.  We can't show you the images from the presentation due to copyright, but really the only aspect of the plans that really disturbed the assembled Alumni was the idea of calling the new project 'The Bretton'.  Besides sounding pretentious (and sounding rather like a small three-bedroomed house on a new-build Barratt estate), it goes against what the Hall has been called since its inception.  I believe that the representative of Rushbond took Richard Flowerday's appraisal of why it shouldn't be given that name seriously.  (I hope)

The Alumni were also given reassurances about the future of the Camellia House (this had prompted the largest number of objections from former students, English Heritage and other statutory consultees), noting that this could have been described more clearly in their applications. To them, 'ancillary hotel use' didn't mean storage for catering equipment and marquees that would risk damaging precious plants; they said it meant restoring the building and protecting the plants, using the space for occasional wedding photography etc and keeping it open to the public 'as much as possible' so sculptures could continue to be displayed. Wakefield's planning consent included delivery of a 'Marquee Strategy', having removed two of the original marquee locations that were deemed too close to the Camellia House.  We hope this will be enough, but encourage everyone to keep an eye on the development as it progresses. 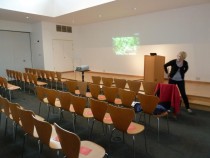 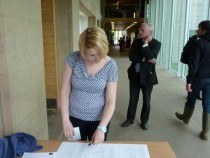 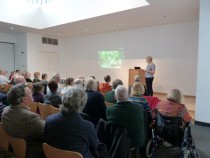 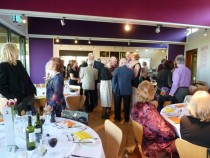 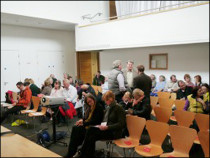 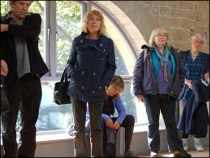 Visit to Interior of Hostels

During the afternoon, alumni visited all of the former student hostels.

Click on the link below for details and photographs: