This is a brief introductory page introducing how the Alumni have been involved with Rushbond from the outset, firstly as a protest group, then as a partner.  Once we realised that this development was both inevitable and, probably desirable, to save the Mansion and surrounds, we stepped forward.  The people that joined to make up the Alumni representatives were purely those who expressed an interest and, had the time to attend meetings.   In the same way, the website has been constructed by those same people under my guidance (Alan Parker)  The image to the side is a meeting in KB with Rushbond and Anna Bowman from the Arts Archive.  The people in the image are, on the left, Jonathan Maud, Rushbond C.E.O.  Mark Finch, the Estate director and our main contact.  Anna Bowman.  On the right, hiding in the back is David Newland, Student Union President in the 1980's and Richard Flowerday, a Guide from the Park and a student from the late 1960's.  I am behind the camera.

Below is a chronological set of images that have been taken since the closure took place.

No real changes have taken place until 2016, although much work had been done in planning and wildlife impact studies and provision for Crested Newts 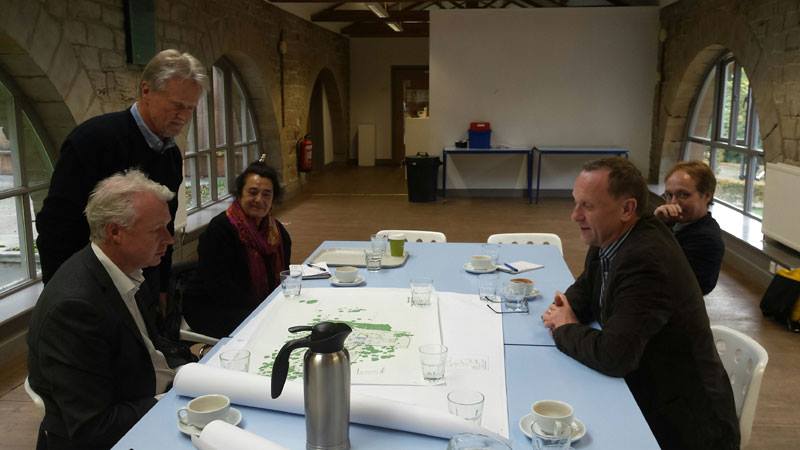