The images below were taken during the final closure of the college in July 2007.  I was given the keys after the University moved out and I had a free reign to take images of all main areas.  The cellar was 'out of bounds' for me, as I knew about the asbestos on the pipework.  You will notice that the rooms have just been abandoned with what was not required by the Univeristy.  I have no idea what became of all the paperwork, costumes etc.   Tony Rigby has taken images again in 2015 of the main historic rooms. 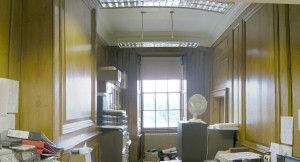 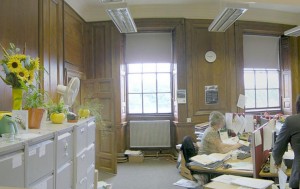 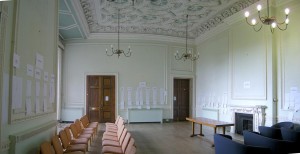 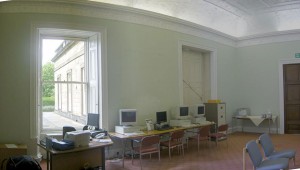 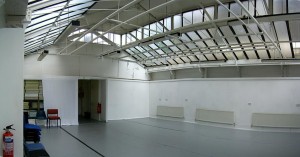 North side of main building