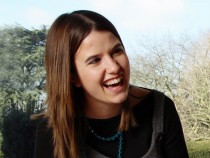 My role as ‘student co-ordinator’ for the event started in May 2005 and the aim was to celebrate six decades of artistic achievement at Bretton Hall Campus. Many different ideas were initially discussed and gradually the events team grew with Anthony Lowe, Robin Watkinson, Melanie Armitage, Sam Keane and my self creating a leading force to make the weekend a success.

The project became a massive part of my degree and I have recently found out that the hard work has paid off as I got very pleasing marks! My role leading up to the weekend involved working closely with Peter Jones (China) LTD, choosing the commemorative items and clothing, looking at aspects of marketing the event as well as putting together the logistics of the whole weekend.   The student support was incredible with over 150 present students involved either with the fringe events, plays, the art exhibition, performing, backstage, front of house or just talking to the alumni about their days on campus. The weekend exceeded expectations with over 3000 visitors attending, including former students and staff who travelled from as far away as California and Canada. Each day there was a ‘buzz’ on site, which managed to capture the ethos of Bretton. The gala dinners in the evenings, especially the ‘Bretton Brit and Bafta’ night for all the students, helped people celebrate their time on campus with friends including present and past tutors. These events all took place in the massive marquee structure set in the middle of the campus grounds, which became a unique and memorable venue for this very special weekend.

I would like to thank everybody who came across the weekend; it was an experience which is a highlight of my university life and one which I will never forget. I would like to especially thank Anthony Lowe and Melanie Armitage as well as other members of staff, students and graduates who contributed during the 2 years of planning.