A key phase in the development of the new hotel complex involves demolishing a range of 1960s buildings, including the Music Salon, Ezra Taylor, the Art Flyover, the Science block, the Canteen, and the Hostels, which has been proceeding apace since January this year. Meanwhile major restoration work is in train to bring the Mansion back to pristine condition, with restoration planned for other buildings including Stable Block, Performance Centre, Victor Pasmore, Sir Alec Clegg, the Library, the Gym, and the Camellia House. The developers, Rushbond, are in regular contact with the Alumni and remain respectful of and responsive to the historical and emotional importance of Bretton. Arrangements have been made to safeguard many artefacts like the concrete hostel ‘icons’ (the King’s head, the grasshopper etc) and the hostel name boards.

We also arranged for Tony Rigby to capture the stages of demolition and so far he’s made some 20 visits back to Bretton. His striking and poignant photos can be seen in the various pages following this report.

There’s no denying that it’s exceptionally sad to see the buildings we loved come down; however long they were a part of our lives they’re packed with memories – and my goodness they could tell some stories! The recent outpourings on Facebook, for example, are testament to the strength of feeling. And yet there’s also a sense of anticipation as our beautiful and precious Mansion begins to emerge from the metaphorical shadows. When the grounds around Mansion are restored it’s going to look stunning.

Thursday 13th April was an important milestone for the development of Bretton, with press and media invited to watch the demolition of the ‘final’ hostel block and get a feel for what the landscape would become again. In reality Beaumont was in the spotlight on the day, with Allendale going on Good Friday. Grasshopper is staying put for a few more months to allow for adjacent works to take place. There was a lot of press interest, with journalists also seeking out former students on and off-line. Thanks to everyone who responded.

Speaking personally it was a day of very mixed emotions. I felt sadness because my five years at Bretton remain very, very precious and those buildings hold some amazing memories, but after watching the last ten years of decline and emptiness it was also very exciting to see the new Bretton taking shape – and the care that’s being taken. I’ve accepted that some of the buildings were no longer fit for purpose given the new direction for the campus (and let’s not forget that none of the current partners had anything to do with the closure decision). You can get a sense of the scale of transformation from the images below:  and you’ll find many more on the following pages.  Some members will find them quite shocking if it’s your first view, but we’d encourage you to look beyond this to a bright future for the Mansion, other special buildings and the park itself.

The BBC website had been reporting the story as http://www.bbc.co.uk/news/uk-england-leeds-39589497. BBC Radio Leeds ran a number of programme inserts from their ‘man on site’ during the day, following an early morning interview with former student Chris Clarkson (about 7.24am, although this link will have an expiry date - http://www.bbc.co.uk/programmes/p04xrs9g#play). Later, Wakefield Express ran http://www.wakefieldexpress.co.uk/news/watch-bulldozers-begin-demolition-of-former-bretton-college-student-blocks-1-8491838 and Huddersfield Examiner ran http://www.examiner.co.uk/news/west-yorkshire-news/demolition-continues-historic-bretton-hall-12891055. A word of caution – some of the headlines make it sound like the whole place is being razed, but it’s not!

After spending a couple of hours filming inside and out, and deploying a drone at one point, the BBC crew departed happily. A short segment went out on Look North (Yorkshire) at lunchtime (exclusive Alumni members’ link to handheld video clips at https://youtu.be/lmnGIoI-0RA) with a longer piece on the evening edition (https://youtu.be/e4q5J1eebBo). Again, some of the footage might make you jump, but read on…

I mentioned earlier about the restoration of Mansion. As well as new windows and roof repairs, so much care is being taken to protect significant architectural features such as plasterwork, fireplaces, doors, fireplaces, the dome above Pillar Hall, and the huge stairwell mural. We had access to parts of the building (you’ll see a little on the BBC clips), so I took the opportunity to do a quick video safari (borrowing the label from Andy Talbot’s 2013 hostel safari), which can be found here on our new YouTube channel just for Alumni members - https://youtu.be/mkcMzngkfEg.

Outside, as much material as possible is being recycled. As you’d expect metals, glass, wood and bricks are separated. Bricks and rubble are fed through a huge grinding machine (http://www.bretton-hall.com/eglington-litherop-swithen-site-13apr17/) to produce aggregate that will underpin roadways and paths. It was strangely comforting to think of so much remaining on the site.

Mark Finch will be updating the Alumni during the Reunion day on Saturday 13th May and we’ll be following up the day with a full report, before pushing forward on plans for 2018!

All former Bretton Hall staff and students are welcome on 13th May, although some events have limited space - http://www.ysp.co.uk/events/bretton-hall-reunion-2017. Whether you’ve booked for something or just plan to wander around the park, please get in touch via http://www.bretton-hall.com/. The first edition of special Bretton Hall Alumni badges will also be available.

Report and photographs on this page by David Newland 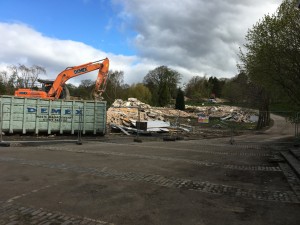 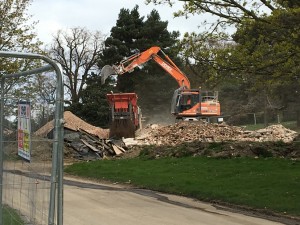 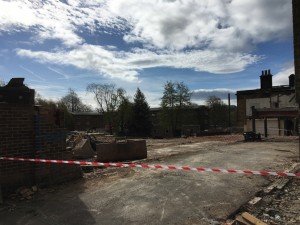 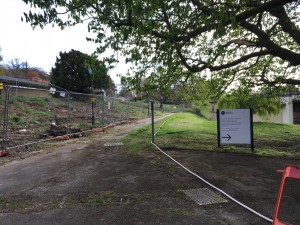 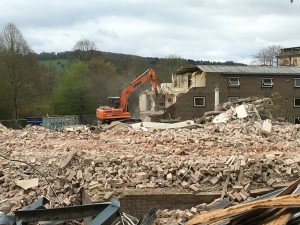 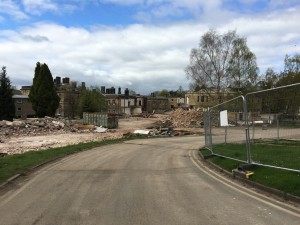 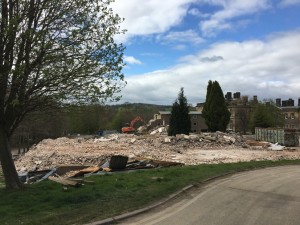 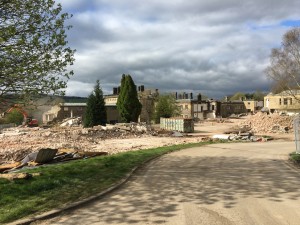 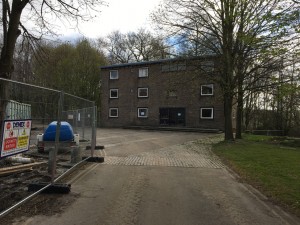 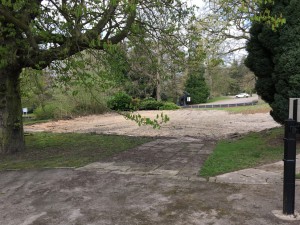 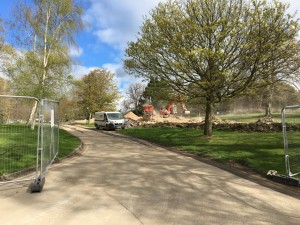 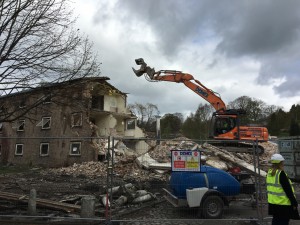 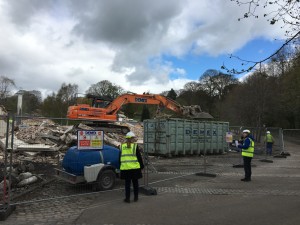 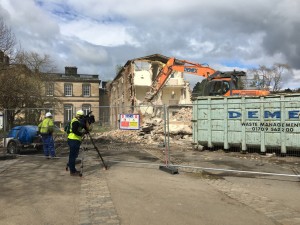 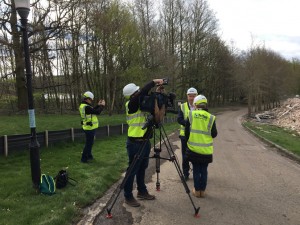 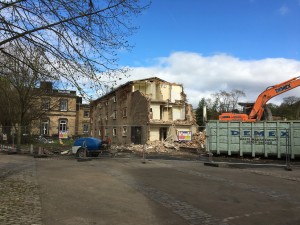 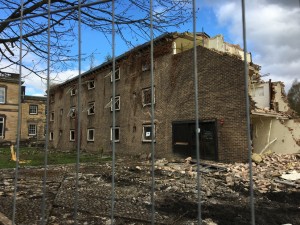 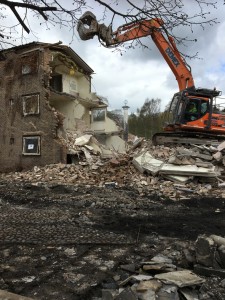 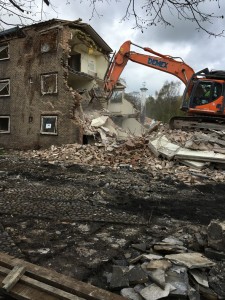