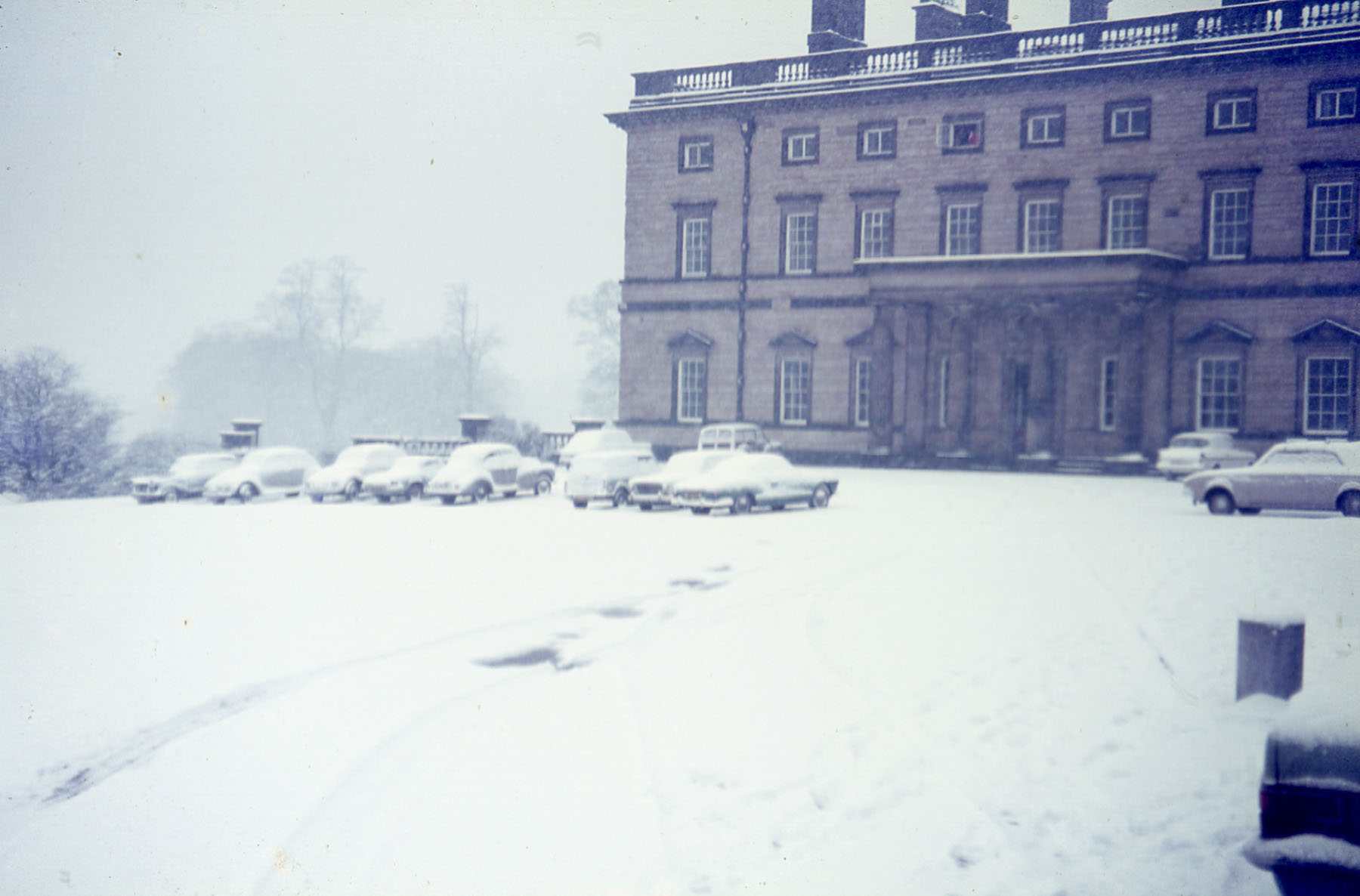 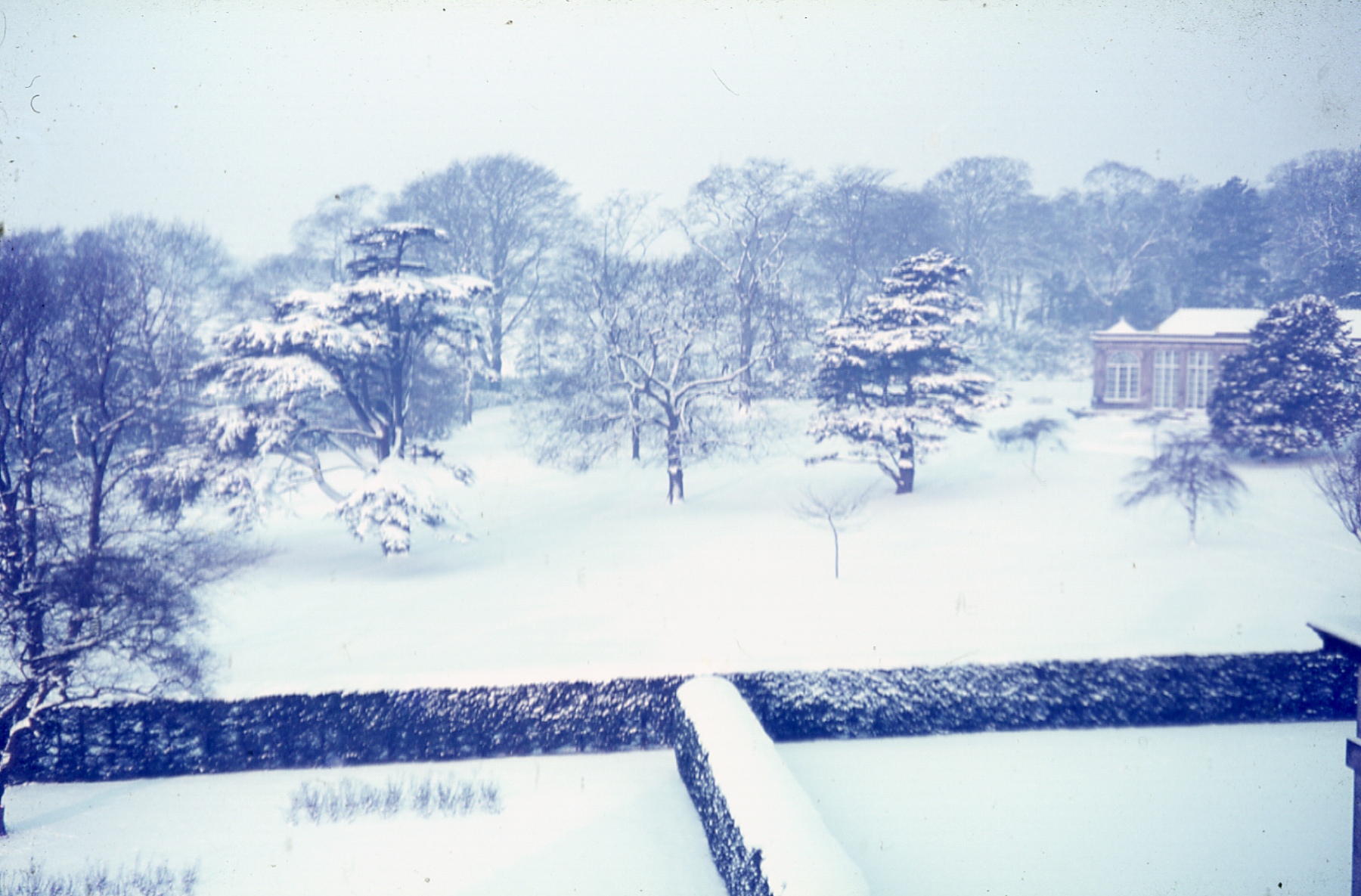 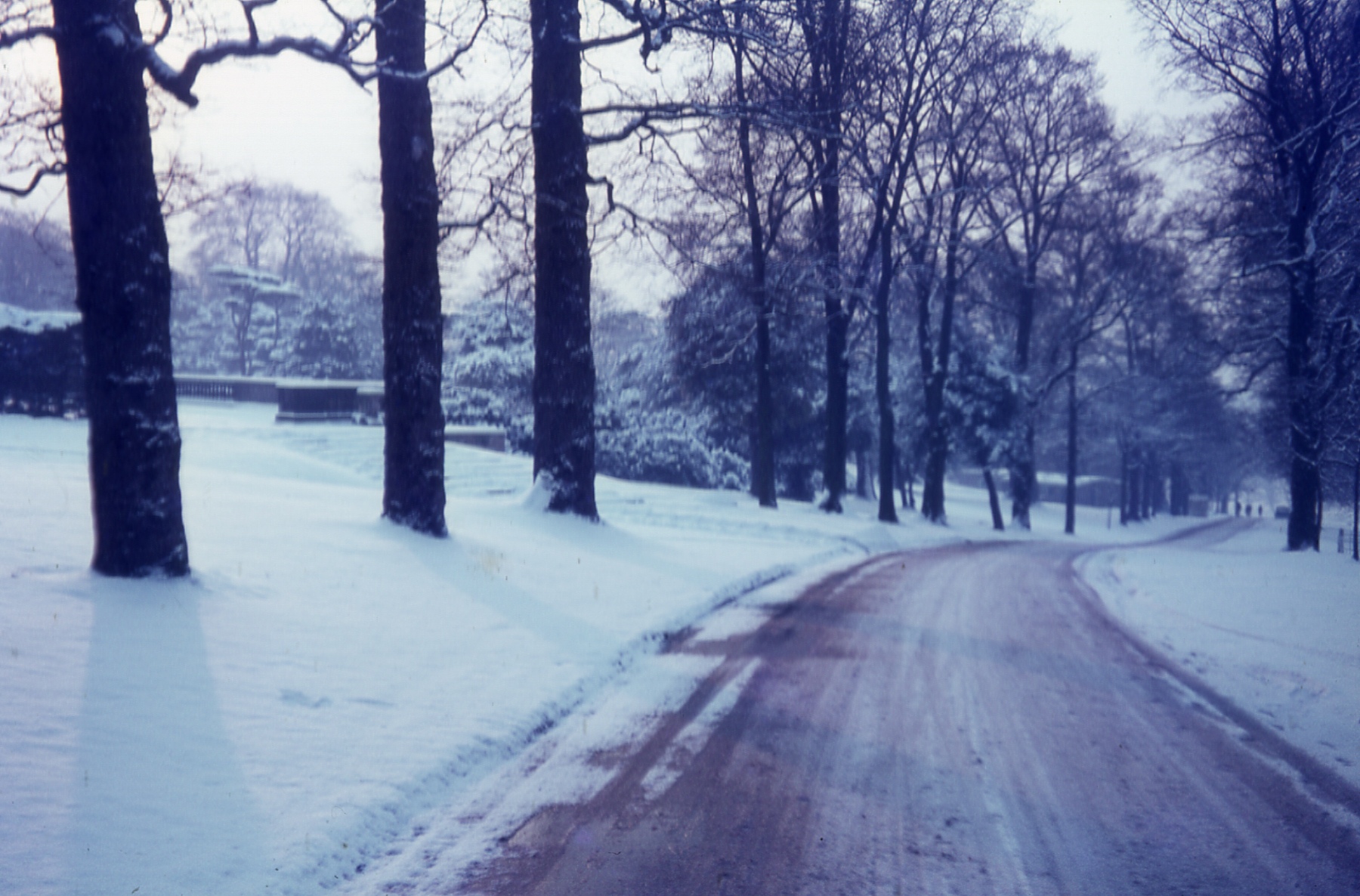 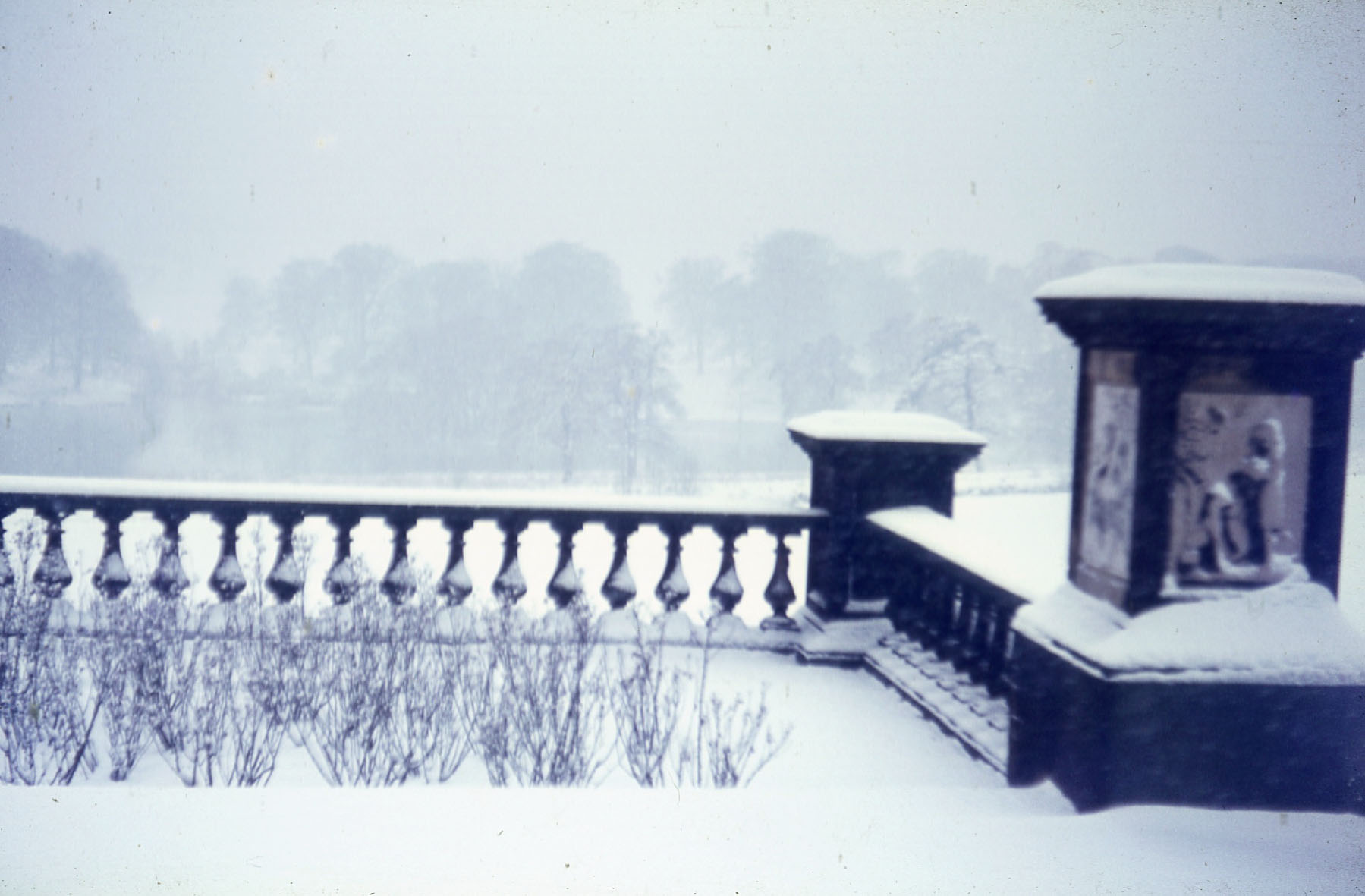 The image is of Bretton Hall, Christmas 1970.  You may need to click on the email 'download image' to get this to display.
We were hoping to report by now on far more progress in the development of Bretton Hall, but that is the nature of this project.  Great crested newts, planning and asbestos removal have all slowed down the pace of Bretton Hall becoming habitable again.  However, we continue to have a good relationship with the key people at Rushbonds with them being open to enquiry and suggestion from us.
Work on site is progressing and at this point most external work has been completed. This means that the scaffolding around and over the building has been removed. External stone work and major work to the roof is finished. All the windows now work and have been painted. The metal window frames of Men's Main have been replaced by wooden frames in keeping with the rest of the building. The work to remove hazardous waste is now complete after taking much longer than first planned. The lantern over Pillar Hall is being completely replaced as it was beyond repair and responsible for water damage. The stained glass in the lantern is being cleaned and restored ready to be put back into the replacement lantern.

The next stage is the demolition of the hostel blocks and 60's buildings, which is expected to happen sometime in January.

In early September, Mark Finch gave another presentation at YSP for Heritage Day which was open to the public. From this event, we learnt that the hotel now expects to open Easter/Early Summer 2018.

It will have 79 bedrooms, 44 in the main part of the mansion and 35 in Math/Science/Alec Clegg building and the extension that they will be building to connect this to the mansion. After visiting a hotel in Antwerp, Rushbond will be offering rooms at a range of prices to increase access to the hotel.

The development of Stable Block will further extend the range offered by the hotel. These rooms will have a rate for a week or more and will also offer the option for self catering.

The hotel is aiming to serve Yorkshire sourced food and pull on the Yorkshire heritage of the area as major feature on offer.

Mark Finch was happy to take many question after his presentation and a good discussion also led him to thank members of the audience for suggestions which he noted and said would help in the next stage of planning. The impression was very clearly one of an evolving vision of the possibilities of the Hotel. It is clear that Rushbond feel that Bretton is a special site and they are working hard to make its development as a hotel as successful as possible. One example of this is that they now insist that any workmen coming on to site, goes through an induction to the site before they start work.

We have a clear invitation to continue to be involved in the development of the hotel and make constructive suggestions. Bretton is moving to the next stage of its history and will be there for years to come to be enjoyed by many, very much included will be the great body of ex-students.
We will be opening the applications for the next Reunion on the 13th May 2017 some time in early January.  As usual, I will send out a full email to all on the Alumni list with a link and more detail.
Richard Flowerday will be conducting his guided walk, Rushbond will be presenting an update and Prof. John Taylor is inaugurating an annual lecture programme in his name. The first lecture will be given by Prof. David Hill entitled 'Bretton Hall: Historic Treasures (The Roman Font and Alter). Tony Rigby will be adding some detail to this before the lecture to help us get some background to something I have absolutely no idea about.  The Bretton Marbles is the alternative name for these features.  My own 'marbles' were certainly well and truly dislodged during my time at Bretton.
Anyway, enough for now, other than to say a thank you to Tony Rigby and Richard Flowerday for helping with this newsletter.  I live on an island in Scotland, so these two, along with others living locally, are my eyes and ears. Any news is always gratefully received.
A Merry Christmas to you all, and hope too see you all in May.
Regards,
Alan Parker