The afternoon talk and Lecture were held in the Sculpture Parks Conference room on the ground floor of the main building.  Normally, Mark Finch from Rushbond (develpers of the Hall) gives an update on the progress of the works, but this year, there had been no physical change inside the building.  This does not mean that progress hasn’t been made and several of us from the Alumni will be meeting with Rushbond on the 24th June.  This meeting will be prior to a full press release of the progress and information about the running of the Hotel and its operaters.  We are also being consulted about the involvement of the Arts in the new Hotel’s philosophy.  Exciting stuff at long last (I hope).

I (Alan Parker) opened the afternoon with this information and a small amout of chat about the scarves etc.

The main introduction to the afternoon’s lecture by John Atkinson was introduced by ex Principal John  Taylor Principal of the college from 1981 to 1993.  The topic was ’50 Years of Educational Change 1969 – 2019′.  John Atkinson  was a lecturer/tutor in the 80s and 90s and more recently he co-organised the replica Bretton scarves that have delighted 200 people. John also has had experience working in Schools Inspectorate.  The lecture talk was a precis of what has gone right and wrong in education over the years.  Very entertaining, but, at the same time, thoughtful for the way forward.

What is needed now?

Is it Reform or Revolution? 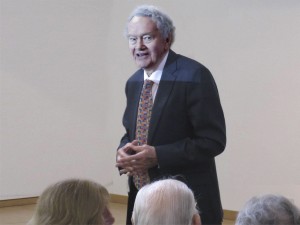 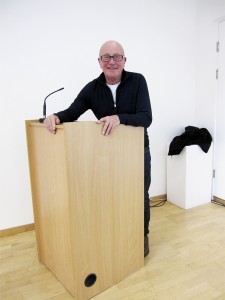 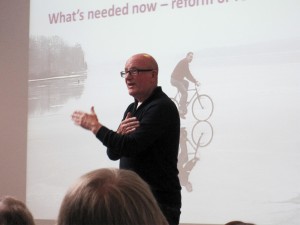